VALANGA KHOZA is a consummate storyteller and musician, shaping tales of his life into captivating presentations. Valanga was born in the Limpopo Province of South Africa. He grew up in a traditional setting surrounded by lively singing, drumming and dancing. The Limpopo area is rich in traditional healers, orators and storytellers, highly respected throughout Africa. These were his neighbours. Their nightly ceremonies carried songs and rhythms passed down through thousands of years. Valanga carries these influences through his songs and storytelling. He is also influenced by his travels throughout the world which were driven by his struggle against racism and his fight for freedom of the black people in South Africa.

LOWER PRIMARY (ELG – 3) Valanga tells stories of his childhood in rural South Africa, magically weaving traditional South African instruments into his performances whilst singing in English, Zulu, Shangaan and Xhosa. The instruments include drums, kalimba, marimba, shijororo (jaw harp) plus many others that are home made.  Valanga is the author of the newly released book “Dumazi and the Yellow Lion” published by Scholastic in 2019, which is gaining international acclaim.

UPPER PRIMARY (4 – 6) Valanga uses humour and wit to tell stories of depth, of growing up and surviving under the racist system of apartheid. Through his storytelling and music, Valanga educates students about the human side of refugees and their plight, the humanity that we all share and the resilience needed to overcome struggles. Educational notes and suggested reading and viewing for this presentation are available.

SECONDARY As a young student in South Africa, Valanga protested and joined marches across the country against apartheid, which lead to his exile. He became a refugee in the camps of Swaziland and later, Mozambique. His activism continued with the ANC underground, who provided his path to the USA and eventually Australia.  Valanga educates students about the human side of refugees and their plight, the resilience needed to overcome struggles and the humanity that we all share. Educational notes and suggested reading and viewing for this presentation are available.

SINGING WORKSHOP – PRIMARY OR SECONDARY Valanga will work with your school choir or group of students, introducing them to the joyous music of South Africa. The songs will be both original songs by Valanga and traditional songs and chants in up to 3 or 4 part harmony (ability dependent). Valanga will present the workshop with many stories that will give students an insight into the meaning and culture of the songs. He will have the students singing, moving and grooving!

DRUMMING / PERCUSSION WORKSHOP VICTORIA ONLY, OR BY SPECIAL ARRANGEMENT (UP TO 25 STUDENTS) Valanga will teach students the traditional rhythms of South Africa using the djembe, dun duns and other hand percussion. He will take them on a rhythmic journey, exploring the different cultures of South Africa with simple vocal chants to accompany the drumming.

Valanga can also do Artist in Residencies.

“They loved his music, but on top of that we had many comments from students about his really having given them an insight into what it was like growing up as a black person in South Africa.  We were impressed by the way he adapted to the different year levels… extremely personable and a sparkling entertainer”. St John’s College, Dandenong 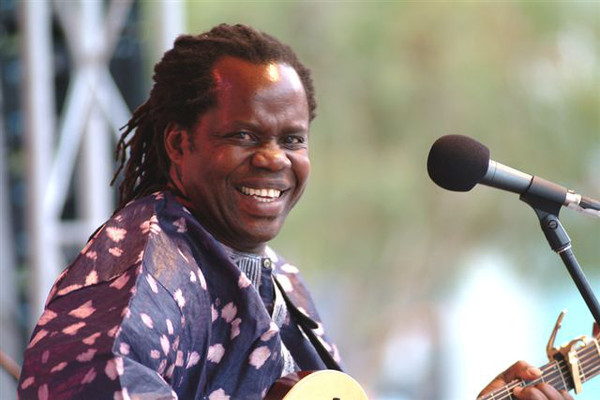