George Kamikawa is an extraordinary blues singer and guitarist with amazing talent and Nashville style – but wait a second, he’s Japanese!

And hold on, is that a banjo? No, it’s a Japanese Shamisen played with incredible skill by Noriko Tadano, one of Japan’s award winning Shamisen players.

George and Noriko’s funky, energetic, exciting performances won them the 2008 Australian Busking Championships and an invitation to play at the 2009 Port Fairy Folk Festival.

Noriko Tadano on her Tsugaru Shamisen accompanies George’s wild blues playing as well as performing both traditional Japanese folk songs and stunning original pieces which explore feelings and experiences through melodic notes and often heart pounding beats. She has been playing Shamisen since she was six years old, both in Japan and all over Australia.

George and Noriko promote and retain Japanese customs while embracing and welcoming the music of other cultures. Mixing well known blues songs with ancient Japanese music, East Meets West celebrates the bringing together of Asian and Western cultures as well as traditional and contemporary music – and the audience have the time of their lives!

“George and Noriko were brilliant! Everyone got into it… Best musical show so far!  Strongly recommended for all ages” 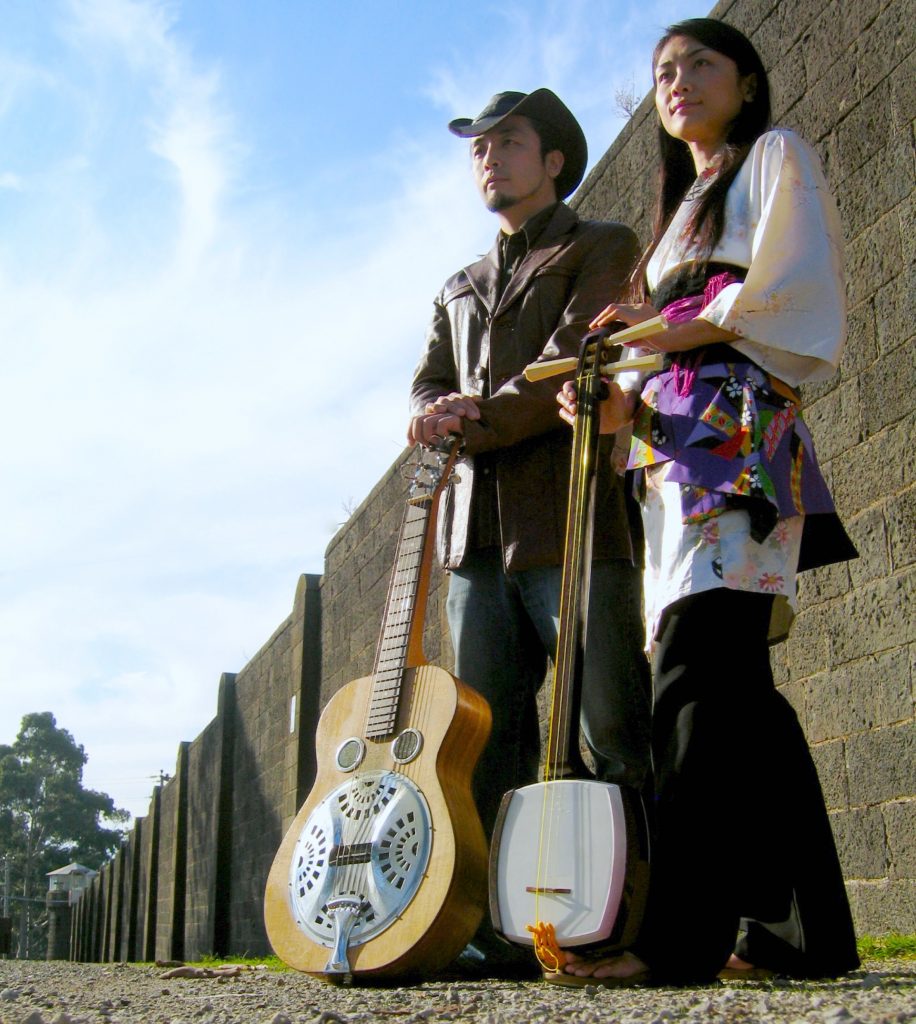