Showko is a professional Rakugo performer. Based in London, Osaka, Singapore and now Melbourne, she has appeared regularly on TV and Radio and performs internationally in theatres and festivals such as the Melbourne Comedy Festival, Edinburgh and Brighton Fringe, Norwich Puppet Festival UK, Little Angel Theatre London, and the National Bunraku Puppet Theatre and Hanjotei Rakugo Theatre in Japan.

Rakugo and Bamboo Art (NankinTamasudare) are 400-year-old forms of Japanese traditional entertainment that allow each child to have a personal mental image of what they see and experience.

“I was thrilled with your show . All children from pre school to Year 6 were mesmerised and delighted by your performance – it was such a perfect centrepiece to our annual Japanese Day. Everytime I walked past the hall I saw children and teachers thoroughly engaged, amazed and having such fun! We all loved naughty Ninja Ken! It was great that you could pitch each performance differently depending on the age group of the children. The experience was culturally authentic and you made Japanese rakugo so accessible to Australian children!” Kaleen PS, ACT

A unique and entertaining traditional Japanese performance designed to engage children’s imaginations through storytelling and play.

Rakugo Ventriloquism is Showko’s original performance designed to capture hearts through laughter with beloved puppets Ninja Ken and Sushi Monster. Through their antics and harmless comedy that make children laugh from the bottom of their hearts, they teach the Japanese concept of ‘Wa’ which promotes peace and harmony.

In Rakugo, kneeling Showko tells a humorous story, acting out the characters and describing the scene with the help of only two basic props. Bamboo Art is a surprising and fun activity that can magically transform a humble bamboo blind into many different things.

Shows can be adjusted depending on audience and time. 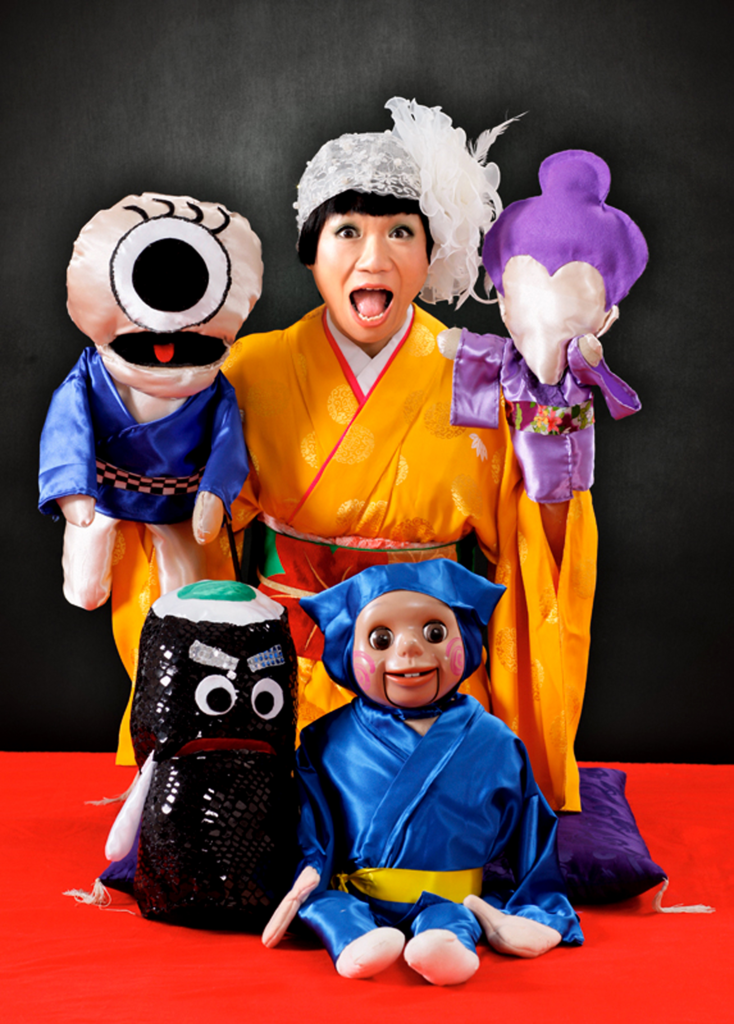