Lucy was born in Wales but grew up in Australia, returning to Wales to complete her MA in Creative Writing at Bath Spa University.

This led to her writing her first book about a boy called Adam and a strange, flightless whooper swan. Six years later, a gender change of the main character, and a genre change of the book, and this book became “Flyaway”, her second published novel with Chicken House. It’s now about a girl called Isla whose Dad gets sick, and so, with the help of new friend Harry, she tries to make him feel better again through teaching a swan to fly.

Lucy’s first published book “Stolen” was short listed for the 2010 Children’s Book Council Book of the Year for Older Readers and the 2010 Prime Minister’s Literary Awards. “Stolen” is told in a letter to her captor by 16-year-old Gemma and explores the influence that a really wild and remote space can have on the inner development of a young woman.

Gemma, a British city-living teenager, is kidnapped while on holiday with her parents. Her kidnapper, Ty, takes her to the wild land of outback Australia. To Gemma’s city-eyes, the landscape is harsh and unforgiving and there are no other signs of human life for hundreds of kilometres in every direction. Here, there is no escape. Gemma must learn to deal with her predicament, or die trying to fight it. Over the time spent with her captor, Gemma’s appreciation of him develops into what could be referred to as Stockholm syndrome.

“The Killing Woods” is Lucy’s third novel (published 2013): Emily’s dad is accused of murdering a teenage girl. Emily is sure he is innocent, but what happened that night in the woods behind their house where she used to play as a child? Determined to find out, she seeks out Damon Hillary, the enigmatic boyfriend of the murdered girl. He also knows these woods. Maybe they could help each other. But he’s got secrets of his own about games that are played in the dark…

In between writing, talking about writing and teaching writing, Lucy completed a Creative Writing PhD, focused on her creative relationship with Australian land. She also spends a lot of time riding a grumpy chestnut mare called Topaz, and having adventures around the world. Her favourite country to visit is South Africa, and she has volunteered there several times as a writing mentor and as a field guide.

She can also run creative writing workshops on topics such as ‘Getting started with writing’, ‘My writing tools’, and ‘Using settings to inspire story’, among others.

Lucy can also talk to older audiences about the role of the Australian desert in fiction for young people. 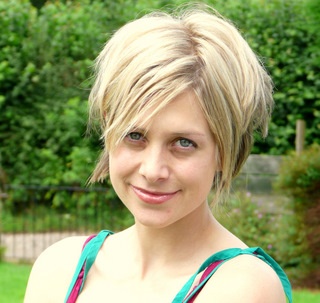