Consummate performer Christof!! has a number of entertaining and educational shows which combine his multilingual talents with his outstanding physical and comic skills, and his experience as a drama teacher, actor, writer and TV presenter.

Himself a product of a German/Australian family, Christof!! was brought up in the rich environment of 1950’s urban Melbourne. After training both as a teacher and actor, he has spent his adult life travelling the globe, performing in theatres, festivals and circuses, meeting and learning from some of the finest traditional and contemporary performers throughout the world.

Using a ludicrous array of costumes, props and musical instruments, Christof!!’s charming and eccentric comic characters create an atmosphere of fun so accessible that the audience will want to join in and they do! The performance emphasises the difference between live performance and TV. For primary students, Christof!! even teaches a little German.

A specially adapted version for Secondary Schools also explores the links between the rich traditions of Commedia Dell’Arte, Vaudeville and Circus with Christof’s own contemporary clown style.

“What a fantastic performance. The children have not stopped talking! Teachers still have tears in their eyes.”
Kingswood College, VIC

Christof!! brings Pulchinella (the scoundrel), Arlecchino (the peasant) and Pantalone (the miser) to life in hand-made traditional masks. Each character has a routine based on their personality that utilises Christof!!’s wide range of circus skills.

These routines provide an excellent vehicle for language interplay and repetition. The vocabulary is simple and explained in the course of the show encouraging students to have fun with their Italian language skills. The performance is designed to compliment Level 1 and Level 2 Italian LOTE and cultural diversity.

A hilarious encounter with the lively German language, culture and character!

Through comedy, music, circus skills and audience participation the internationally acclaimed contemporary clown Christof!! takes the audience on a “Picknick”.

Using accessible language, charming characters and hilarious routines, we explore German music, folk traditions, food, laughter and “Gemütlichkeit”… Papa Gluck, the classic and charismatic German “Opa” is a delight.. and there may even be a smattering of slap-dancing.

Virtuoso Clown CHRISTOF!! has combined his deep and first-hand knowledge of many forms of physical theatre to create. . .TROUBADOUR

A hilarious glance at the history of popular theatre through the eyes of an itinerant entertainer.

The Clown/Actor comes bounding through the ages, changing and adapting where necessary: irreverent, cheeky, occasionally wicked, but always entertaining, often on pain of death. 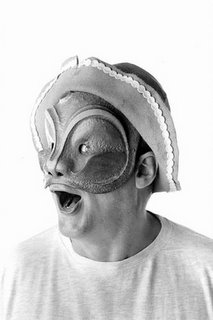